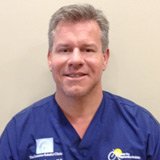 On October 21st, 2013 a very important case comes before the U.S. District Court. USA v. Regenerative Sciences will determine if physicians can use a patient’s own stem cells for life saving therapies here in the U.S. If this case is won, patients will no longer have to seek this therapy as medical tourists at offshore clinics.

Chris Centeno M.D. is the orthopedic doctor from Colorado, whose stem cell treatments for arthritis & injuries brought about the FDA’s regulatory over reaction. He has been standing up to the FDA in court for many years now, at great personal expense. Patients For Stem Cells caught up with Chris for some last minute thoughts before he heads off to court Monday. He will be tweeting the blow-by-blow court action, which you can follow on Twitter @CCentenoMD

PFSC: Dr. Centeno, what in simple terms is this case about, and why should folks pay attention?”

Centeno: Our case is about whether we want a society where some medical innovation is run by the guys in the trenches (physicians) treating patients. If that is beat out of existence by the FDA, will that negatively impact medical discoveries? In that case, we won’t get the best discoveries possible, just the ones that generate enough cold hard cash to pay the FDA piper.

This is about whether the FDA can pretend that a physician using autologous cells in his or her own patients can be regulated like a big pharma company, despite a century of legislation and case law that prohibits FDA from having any control over what a doctor does or how he or she does it. Physicians are already quadruple regulated (medical boards, public health depts, hospital privileges, tort system.) Can FDA quintuple regulate them as to when they use stem cells?

PFSC: What are the specific legal issues?

Centeno:
1. The FDA is prohibited by Congress from having any control over the practice of medicine. This extends right down to the congressional record for each of the FDCA versions (1938, 1962, and modern.)
2. A physician using cells in his own patients isn’t distributing anything and by definition can’t mis-brand (i.e. in US v. Evers a physician can’t fail to give himself proper instructions for use.)
3. Ever since Gonzales v. Oregon, state law trumps federal law when it comes to the practice of medicine-unless something is explicitly laid out by congress as an exception (Scalia – “Congress does not hide elephants in mouse holes…”)
4. The FDA’s midnight 2006 change to extend the 1271 regulations to autologous was ultra vires, as it went beyond the congressional authority outlined in the PHSA (i.e. they turned an organ transplant law into a drug regulation.)

PFSC: Midnight change, that sounds like they were trying to do this so no one would notice!

Centeno: With regard to cell manipulation, the FDA made up these distinctions out of thin air. When applied to allogeneic (donor cells, not your own) tissues grown in bioreactors, these regulations make sense. These tissues can be distributed to millions of individuals who are not consented for the risk of the widely distributed product. Prior to 2006 they didn’t even apply to autologous (your own) tissues. Then the FDA made a midnight change to the regulations without telling anybody (which violated the APA.) They literally changed one word in 1271 so that the regulation went from “into another human” to “into a human”. That one word midnight change is important, as it totally changed everything (Mary Anne Chirba from Boston College of Law has some good writing on this topic). This is because like all regulations, 1271 has to anchor in something congress passed or it’s ultra vires (literally in Latin “beyond the powers.”) There was no anchor law here. The FDA claims that the PHSA gave it authority to classify autologous tissues under certain circumstances (manipulation) a drug, but regrettably it doesn’t. In fact the PHSA exempts autologous tissue, as did the original versions of 1271. This is because the congressional intent of the law is to protect the public from communicable disease transmission in transplants.

PFSC: So what’s the most crucial issue?

Centeno: This was really about the FDA trying to pretend a medical practice can be classified as a drug factory. This is the real issue for the courts to decide. I have discussed above some of the issues about why FDA can’t do this, in fact why they are prohibited by law from doing it.

PFSC: You’ve put many years into this, how do you feel on the eve of the case?

Centeno: I can’t predict how the DC Circuit will rule. I can say that there are many patients who are watching this case. They don’t want a paternalistic FDA telling them what risks they can or can’t take with their own bodies; they want to be able to have free and unfettered access to their own cells.

To find out the impact of what this means to patients, we asked some of our members for comment. Barbara Hanson is Co-Founder Stem Cell Pioneers and also a member of PFSC.

Barbara: Yesterday, I spoke with three terminally ill patients in the course of a two hour period. Emotionally, it leaves me a wreck, to be quite frank. They simply don’t understand how their own government could do this. It’s not as if they haven’t tried every conventional method of treatment either. No option patients should be able to opt for any type of experimental treatment they wish as long as there is informed consent. There is no guarantee that stem cell treatment will help everyone, but to not give patients the opportunity to at least try it does make the government the ultimate life or death decision maker. If Dr. Centeno wins this case, at least this decision will be back in the hands of patients and their physicians, not bureaucrats.

Claire Hooper is a member of PFSC, and moderates our discussion on LinkedIn, where you can join us to discuss this case.

Claire: I was injured in a car accident more than two decades ago. As my back and knees rapidly deteriorated, I began researching alternative ways of treating them. I have already spent a fortune over the last two decades on FDA approved, standard of care medications and treatments for my back and knees, to no avail. Moreover, many of my medications and approved treatments are invasive, risky, and typically lead to additional surgeries and life-long drug dependencies. I find those treatments to be unsafe and unethical. I also find it unethical that, under the current FDA overreach, I will be forced to travel outside the US for autologous stem cell treatments for my back and knee conditions. Dr. Centeno is fighting for our right to have this safe, effective therapy right here in the U.S. Patients everywhere will be rooting for him!

What are others saying about this case?
The Manhattan Institute, a respected legal think tank weighs in.
The FDA’s Misguided Regulation of Stem-Cell Procedures: How Administrative Overreach Blocks Medical Innovation

James Copland, director of the Center for Legal Policy at the Manhattan Institute, summarizes what’s at stake in this Washington Examiner piece.
FDA blocks innovation in adult-stem-cell research

Following the hearing on Monday, it will take up to three months for the court to issue a ruling. But patients will be following Dr. Centeno’s tweets and his blog as if our lives depend upon the outcome – literally.

Bad Behavior has blocked 408 access attempts in the last 7 days.