A Freedom Of Information Act (FOIA) request to the FDA has revealed only 4 reports of adverse events against a list of 570 U.S. stem cell clinics.

This low number of FOIA reports demonstrate that:

Pervasive hype, both overly positive and overly negative hurts us all. Dr. Feel Good and Chicken Little have no place at the table of social or health policy of such gravity to our lives and the lives of those we love.

Here is the response to the request, followed by links to the 4 reports.

Dear Requestor,
The attached records are being provided by the Office of Regulatory Affairs (ORA)Information Disclosure in response to your request #2016-6466 dated 08/08/16 for records from the Food and Drug Administration pursuant to the Freedom of Information Act regarding:

Your request is granted in part.

After a thorough review of the responsive records, we have determined that portions of the documents are exempt from disclosure under FOIA exemptions (b)(4) and (b)(6) of the FOIA 5 U.S.C. § 552, as amended and delineated below:

Exemption (b)(4) permits the withholding of “trade secrets” (TS) and “commercial confidential information” (CCI). Disclosure of this information would impair the government’s ability to obtain necessary information in the future and cause substantial harm to the competitive position of the person from whom the information was obtained. Under the balancing test of this exemption, we are withholding all proprietary information identified as TS and CCI.

Exemption (b)(6) permits the withholding of information which, if released, would constitute a clearly unwarranted invasion of personal privacy. In this case, it was determined that there is no countervailing public interest qualifying under the standard set forth, under exemption (b)(6), to release the personal identifying information of certain third parties.
ORA considers your request closed. If you have any questions about this response, you may contact Anna Postell at 301-796-6488.

Note: The request was granted in part, This doesn’t mean there are more than 4 records and the FDA is withholding them. It means the privileged types of information (b)(4) and (b)(6) are not provided, which you can see have been redacted in all of the 4 records. 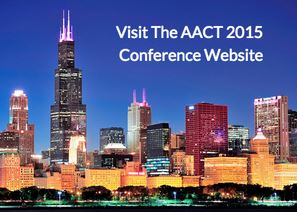 “The Dilemma of Difficult Diseases: Cell Therapies to the Rescue?”

Patients For Stem Cells (PFSC) is a group of patients faced with no-option medical conditions. Many of us have been early adopters of stem cell therapy, and are only here today because it saved our lives. Frustrated by slow adoption in the U.S, we advocate for expedited access. We are very pleased to share with our readers that 2015 has brought watershed changes in legislation that lays the foundation to implement this goal. Leaders in the regenerative medicine field have outlined how access can become a reality. Implementation in on the horizon, and will be in focus at this landmark conference.

The Alliance for the Advancement of Cellular Therapies (AACT), organizer of this event, is a welcome new ally, the bridge between patients, government and regenerative medicine leaders who can finally make real change happen. ACCT is dedicated to the ethical, efficacious, and expeditious advancement of cell therapies.
To help spread awareness and education about cellular therapy, AACT can send a personal conference invite to your doctor, send a request to info@AACT.co 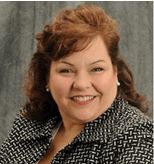 Patients are core stakeholders of ACCT, thanks to President and Co-Founder Kathy Hebert.Her personal experience with life-changing cellular therapies ignited her passion to bring everyone together to achieve the best possible patient outcomes.
For the conference, Kathy has brought together a group of presenters, keynoted by Arnold Caplan,Ph.D. Mark Holterman, MD. Ph.D.ACCT Chairman and Co-Founder, and Paolo Macchiarini, MD, Ph.D

Leading up to the conference we will profile the contributions these luminaries have already made to the lives of patients, as architects of accelerated access, and best in-class clinicians utilizing cell therapy to address difficult disease such as heart failure, auto immune disease, Alzheimer’s, Parkinson’s, osteoarthritis, and more.

Presenters will also include those involved in legislation that swept the nation as 22 states passed “Right To Try” laws for terminally ill patients to access experimental therapies, including biologics like stem cells. Then on July 10th, 2015 the 21st Century Cures Act was approved by the U.S. House of Representatives, also addressing ways to speed regenerative medicine access. Now is the time for us to dive into the details of all these initiatives, and make sure our best interests as patients are met.

A special thank you to Dr. Camillo Ricordi for publishing the Proceedings of the AACT conference in 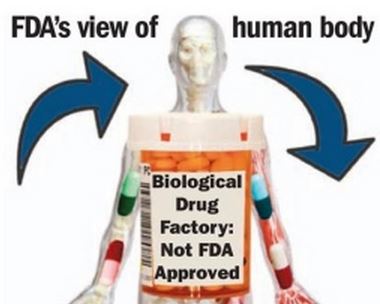 Reported by Chelsea Henderson, named University Press editor at Lamar University in 2012, where her work has earned Excellence in Media awards. Chelsea has done a remarkable job of investigative reporting over the the past year on stem cell therapy. Interviews covered all stakeholders, including patients like PFSC members Claire Hooper and SammyJo Wilkinson, to explore the controversy that has arisen following the FDA’s determination that patients cannot utilize their own stem cells in the U.S., forcing them to resort to medical tourism abroad. Chelsea also tracked down regulators, doctors and scientific experts, to examine the scientific facts, and the restrictive regulations that no-option patients see as a death sentence.

The different types of stem cells are explained in clear language and illuminating graphics, starting with embryonic and man-made engineered induced pluripotent stem cells, which haven’t even entered human trials yet. Then autologous adult stem cells are examined, which have been in use for many years. The patient interviews she conducted reveal recoveries from conditions like multiples sclerosis and cerebral palsy, with positive results these patients had never been able to obtain with traditional medicine.

These reports represent the balanced reporting that Patients For Stem Cells has found to be lacking in much of the press stories on stem cells. This series stands as a comprehensive primer for anyone who needs to come up to speed on this important topic.

Interview With The Author

PFSC How did this story come about, what caught your interest?

CH I began researching stem cells after my boss told me about his friend, an artist and Lamar University graduate, who was raising funds for stem cell treatment during the summer of 2012. She had multiple sclerosis, which I knew nothing about, so I wanted to educate myself about her disease, as well as how stem cells could be used as treatment. At this point in time, my research was only supposed to prepare me for that one article. But the more I discovered, the more gaps I found in the research and the less things made sense. I couldn’t understand how the scientific community could present the full potential of stem cells, there were patients all across the globe who were more than willing to use their own cells to heal their degenerating bodies, and somehow, the FDA had banned patients from doing so. That’s how my one story about an artist with MS turned into a two-piece story package and a four-part series.

PFSC What surprised you the most in your discovery research on stem cells?

PFSC When I began researching stem cells a year and a half ago, everything was new to me. I had no prior knowledge going in – I had never even heard of stem cells before. Once I became more educated, I was infuriated by how stem cells are regulated in the United States. The most surprising thing, however, was how the Food and Drug Administration handles inquiries about stem cells. Heidi Rebello, FDA Office of Media Affairs’ deputy director of operations, was the only FDA representative out of the 18 I contacted who agreed to answer my questions. Even then, all she did was paraphrase parts of the Code of Federal Regulations and send me a link to the full text. It was frustrating and complicated, and the only thing I could think during that lengthy process was, “Wow. If they’re making me jump through this many hoops just for some information, how are they treating sick patients who just want access to use their own cells?” This made me push even harder, and really helped turn writing this series into a civil rights issue.

PFSC Do you think you yourself will bank your stem cells, as insurance for future medical use?

CH I would love to bank my stem cells for future medical use. Without insurance coverage of such a procedure or any extra funds to speak of, however, this security is not an option for me at this time. If I ever needed to use my own stem cells, I would have to raise funds in order to travel abroad. I, like so many suffering Americans today, would be forced to engage in medical tourism just to access my own cells.

PFSC Knowing what you know now about the FDA regulations of our stem cells, do you agree or disagree with those regulations?

Bad Behavior has blocked 455 access attempts in the last 7 days.