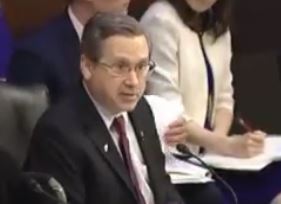 Senator Mark Kirk says patients should not have to go out of country for stem cell therapy.

In March we reported on two patients who had regained vision following stem cell therapy in the U.S. We also asked readers to contact their Congressional Reps in support of legislation to accelerate regenerative medicine, aptly named the REGROW Act, submitted to the Senate HELP Committee by Sen. Mark Kirk (R-ILL). Thanks in part to patient activism, the bill made it through the April 6th Senate markup session. Doug Oliver, one of the patients in the vision story, made a real impact with his patient advocacy. He is a constituent of Senator Lamar Alexander (R-TN). They met and discussed stem cells just before the Senate session, and the Senator recounted Doug’s stem cell treatment success! 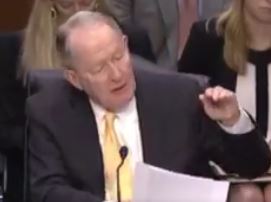 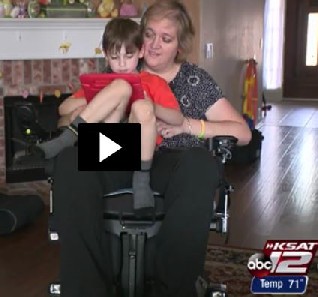 Stefanie Cowley is another patient advocating for REGROW. Within days after receiving stem cell therapy, client Stefanie’s pain level due to Multiple Sclerosis was reduced. Watch this news story to learn more about her journey to improve her quality of life.

How You Can Help Pass the REGROW Legislation

It is important to keep our voices as patients involved in the decision making process. After all, we are the primary stakeholders. Our health and well being is at stake. You can also request an in-person meeting with your Congressional reps, just like Doug Oliver had with Sen. Alexander.

CellTherapyNow.org is a website set up by supporters of REGROW. There is a webform to send email to your all your Representatives with one click, urging them to support REGROW. Also review the list of supporting organizations.

Advancing a New Policy Framework for Regenerative Cell Therapy
The Bipartisan Policy Commission held a public panel discussion on 4/12/2016 with cellular therapy experts and patients, on the REGROW legislation.
Scroll down the page to watch the videos, including Arnold Caplan, PhD, whom we can all thank for his monumental discovery of the Mesenchymal Stem Cell. He has also been a leading proponent of an accelerated approval pathway.

These are some of the questions that are being addressed as the legislation takes shape.

1. The practice of medicine is exempted from 351 or 361 by 21 CFR 1271.15(b) (same surgical procedure exemption)
Does the REGROW legislation protect the POM pathway as it exists today, i.e. can I still go to an orthopedist and get my arthritic knees or torn tendons treated with a) same-day bone-marrow aspirate b) same-day SVF from adipose tissue or c) platelet rich plasma (PRP).
or, will these procedures be subject to the same new conditional approval pathway, requiring the physician to process my cells in a cGMP lab, file an IND, complete phase 1-2 FDA trials, enter conditional approval for 5 years, then file for a BLA drug license with the FDA, all of which will cost millions of dollars, and increase the cost of same day stem cells.

The same question applies to clinics treating COPD and other lung conditions with same day stem cells from bone marrow and adipose tissue.

2. Some same-day clinics offer treatment for serious neruo-degenerative conditions like ALS, MS and Parkinson’s, but all the University trials for these conditions are using higher dose expanded mesenchymal stem cells. Will same-day treatments for these more serious conditions have to follow the conditional approval pathway, similar to high-dose trials?

3. This question is for Joshua M. Hare, MD University of Miami
The best way to understand the impact of REGROW legislation is to look at specific trials. University of Miami has several cardiac trials in ph 1/2. If a trial completes ph 2 and is eligible for conditional approval, what would that mean to patients? Would we be able to pay to receive the therapy, and what might the cost be?

4. This question is for Professor Arnold Caplan
Sen. Kirk has mentioned that this bill would stop the flow of medical tourists out of the U.S. but there is one specific therapy that is available in the U.S. at a cost of $125,000, the HSCT trial at Northwestern University, for autoimmune disease like MS and CIPD. Insurance is even covering it for some patients, but those who do not qualify, or can’t afford it, are seeking the same treatment in Russia for $45,000 or Mexico for $55,000. How will the REGROW legislation help these patients so they don’t have to leave the country?

5. How will the REGROW legislation affect the 4 draft guidances the FDA was going to hold a Part 15 public hearing for on April 15th, 2016, that has been postponed until end of year.

Who is the opposition?

Paul is an academic researcher investigating Induced Pluripotent Stem Cells (iPSC), a promising technique of manipulating skin cells into any type of cell required for repair. But this is still years away from clinical trials. Paul also blogs about patients trying to gain access to cellular therapy. In this post he is joined in concerns about this legislation by The Alliance for Regenerative Medicine (ARM), a lobbying organization for cellular companies primarily focused on cell products manufactured from donor cells, which truly fit under the category of cells=drugs, and require the traditional drug testing pathway to ensure safety.

One has to consider if their concerns are more about patient safety, or the threat to their academic and commercial interests, which could be threatened by patients gaining faster access to their own stem cells.

However, there is a place for off-the-shelf allogeneic (from a donor) cellular therapy, for conditions that prohibit using one’s own adult (autologous) stem cells. Such as graft-vs-host-disease, where the immune system is in such crisis that healthy donor cells are required. Such a GVHD product from Mesoblast has already been approved under Japan’s Regenerative Medicine Act, including insurance coverage during conditional approval. Another case is acute conditions like heart attack or stroke, where the treatment must be administered immediately, and autologous extraction would cause too much stress for a critical condition patient.

There are plenty of sick patients so there’s plenty of market share for all types of cellular therapies. Personalized medicine using one’s own autologous stem cells is the farthest along in human trials for both safety and effectiveness. Until other approaches catch up, this method should be the logical focus to save lives and alleviate suffering.

We will keep you up to date on the progress of REGROW legislation as it unfolds!

Bad Behavior has blocked 610 access attempts in the last 7 days.