March 13th, 2016 – Stem cell patients are making news! PFSC brings together all the reports on Doug Oliver and Vanna Belton, both of whom have regained vision thanks to a pioneering trial led by Dr. Jeffrey Weiss.

First, THANK YOU! to all PFSC subscribers for responding to the FDA Part 15 Hearing registration drive. As hoped, the overwhelming response caused the FDA to postpone the April 13th hearing, and there will be a collaborative workshop w/ stake holders. We look forward to open dialog with the FDA. More info forthcoming as soon as we learn of it.

Now the leaders in the Senate are looking at ways to advance cellular therapy. Patients will be listened to as constituents. At the end of this post, look for information on how you can support this legislation, which is being introduced on March 15th, 2016. [Update: delayed until March 16th, so we have another day to email our Senators.] 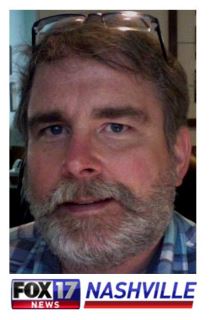 To help readers understand what this legislation could do for the health of Americans, PFSC will run a series of posts highlighting the positive outcomes from clinical trials, and patient stories. For conditions ranging from orthopedics, to stroke and autoimmune diseases. Starting with this story on vision recovery previously thought to be impossible.

Doug Oliver’s vision has been deteriorating since he was 30 due to a form of macular degeneration called Autosomal Dominant Drusen. By his early 50’s, Doug was legally blind, and could no longer drive or see faces.

Doug’s story was covered by Nashville Fox Affiliate WZTV, in a year-long series of reports by Mikayla Lewis which tracked his recovery from legally blind to regaining his driver’s license. His vision changes are documented in his medical records from exams at Vanderbilt University Eye Institute; he has released these records to the public as part of his effort to spread awareness of this treatment.

In his latest interview, Doug addresses a common confusion. When people hear “stem cells” they think of therapies that utilize embryos. The reporter includes an explanation by former Senator Bill Frist, MD that research on use of embryonic cells is fading. Adult stem cells from one’s own tissues are proving to be the safer and more effective method. 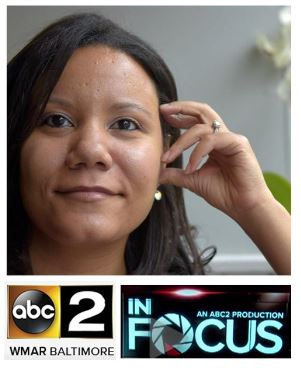 Vanna Belton’s vision was 20/3000 in both eyes, after she lost her sight in a matter of weeks in 2009 due to a severe onset of optic neuritis, leaving her completely blind. Vanna is still considered legally blind, but following stem cell therapy in the SCOTS trial in 2014, she can now see enough to no longer need a white cane. Vanna’s case presentation has been published in Neural Regeneration Research Journal, and is currently being submitted for follow up peer-reviewed publication.

The reports on Vanna’s case span the range from positive, factual, to a little histrionic. Patients considering such an investment in experimental therapy that has not yet reached publication or approval need to have all the information available.

The Baltimore Sun report by Meredith Cohn, an experienced health journalist, falls into the balanced journalism category, exploring the pros and cons. The next two reports are from science blogs, recapping Meredith’s story. Science Alert echoes the balanced tone, while the negative terms like “renegade” indicate the Inverse blog is using sensational terms to attract viewers. Yet the author hedges her bets at the end with “Weiss’ work is important because it’s pushing the frontiers of science well beyond what we even think is possible.”

Is this press release the Principal investigator, Dr. Jeffrey Weiss, a board certified retinal surgeon and ophthalmologist, explains the Florida-based Stem Cell Ophthalmology Treatment Study (SCOTS). It is registered with the National Institutes of Health with identifier NCT01920867. It lists the conditions treated by SCOTS, as well as study contacts. The study uses the patient’s own stem cells obtained under anesthesia from the bone marrow. These cells are injected around and potentially in the eye.

In the above media reports Dr. Weiss states 278 patients have been treated, and 60 percent of his 278 patients with macular degeneration, glaucoma and other diseases have regained some sight.

Like many of the cellular therapies offered in the U.S. the SCOTS trial is a patient-funded clinical trial; in this case treatments cost $21,000, which insurance does not cover because the procedure is investigational. Doug raised the funds for the treatment from his local community and through a GoFundMe campaign. Vanna spent her wedding budget to pay for treatment and got married at the courthouse instead.

The SCOTS trial is tracking patient results and submitting early initial case reports like Doug and Vanna’s to peer-reviewed publications. This is the first step in the process leading to publishing the results on all of the patients to determine safety and efficacy. If results warrant it, the therapy could be approved. Multiple trials and many years are usually required for approval, but the new legislation being introduced to the Senate HELP Committee could speed this approval process.

Senators Mark Kirk and Susan Collins are poised to introduce this legislation, because they recognize the hardship placed on patients with difficult to treat diseases, who are left with no option but to raise funds for cellular therapy, and many have to travel outside the U.S. to received treatment.

Mar 16, 2016: The Kirk/Collins bill will be introduced to the Senate HELP Committee.
Apr 06, 2016: The bill is scheduled for markup (approximate date).

Click TAKE ACTION for step by step instructions and draft letters you can email your Senators today. Your story can make it clear why this bill will help patients, whether you are a patient, or know someone who needs stem cells. If you are in a state that has a Senator on the HELP Committee, we urge you to schedule an in person meeting during recess March 27th-April 4th.

Patient For Stem Cells will be monitoring this legislative process and reporting developments as they happen. This may finally bring together all the stake holders, the regulators, legislators, researchers, physicians and patients, so that cellular therapy finally gets the high priority that a breakthrough therapy deserves.

Please use the share buttons below spread this post far and wide so our Senators get plenty of emails!

If you have a stem cell story you’d like us to cover, or wish to report on your interaction with your Senator, please Contact PFSC.

Want to become a member of Patients For Stem Cells? Just subscribe to our blog!

Bad Behavior has blocked 538 access attempts in the last 7 days.