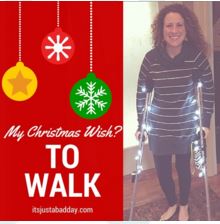 Julie_Cerrone overcame Avascular Necrosis of the hip with stem cell therapy and threw down her crutches.

For the past 3 years the focus of the PFSC blog has been to challenge stem cell stories by reporters, weighing if they’ve lived up to the standards of objective reporting. The perspective of patients was often ignored. But as unarguable success stories have accumulated, the media has shifted to human interest stories that report joyful patient recoveries. These news stories, plus some first hand reports from patients, will help readers understand why we are trying to get the word out that stem cells should be given a priority path to accelerated approval, and insurance approval. 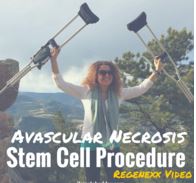 Julie Cerrone tells her story of overcoming multiple crippling conditions, first by shear determination to take charge of her health, through diet and lifestyle changes. Then with the help of her own stem cells, she healed avascular necrosis of the hip which had her on crutches for 3.5 years. Check out the video of her doing yoga and walking strong – without crutches. She was treated at the Centeno-Schultz clinic. 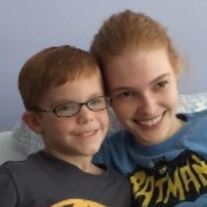 Sarah Hughes and Tucker Beau Hyatt are two young patients who were considered terminal due to Systemic Juvenile Idiopathic Arthritis (SJIA). Their own stem cells were used, extracted from adipose tissue, and cultured in the lab to reach a high enough dose to quiet the disease. Sarah has gone from bedridden to riding horses in little more than a year. Her story was just featured on CNN Turning Points. 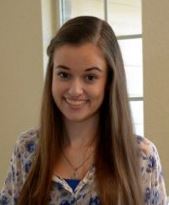 Brooklyn Brumfield was in a wheelchair at age 16 and losing function rapidly from Ehlers-Danlos Syndrome. Since expanded stem cells are not yet covered by insurance, her community rallied to raise $100,000 dollars, a portion of which went for expanded stem cell therapy. A year later she has recovered the ability to walk again, covered by this news story.

Sarah, Tucker and Brooklyn, are recovering from life threatening difficult to treat illnesses. Critics complain this is being done outside of clinical trials, but what family wouldn’t turn to a newly emerging therapy with a good safety record to save their child? Their stem cell banking and expansion was done by Celltex Thearpeutics in Houston, Texas. The cells were administered by doctors at Galenia Hospital in Cancun, Mexico. This blog has documented the FDA’s misguided decision to classify expanded stem cells as a drug here and here. Celltex has been tracking over 800 patients treated since 2011. Patients are looking forward to our data making difference, as outlined in an Open Letter From Celltex CEO Dave Eller.

Jennifer Ziegler reports “As many of you know I had stem cell therapy for MS with Celltex in 2012 with great results, which gave me back a more active life. In 2014 I had platelet rich plasma injections in my heel for plantar fasciitis with a full recovery! This past year I had an ACL injury after a skiing accident. Traditional surgery offered me a 9 mo. recovery time. NOT ACCEPTABLE! I’m a busy girl! Using a bone marrow aspirate taken from my hip and AlphaGems, Dr. McKenna at Riordan-McKenna Institute had me hiking, biking, walking and enjoying life after 1 month, total recovery in 6 weeks! I’ve chosen my own cells 3 times now!”

Jennifer is one of the founding members of PFSC, and was featured in the 2013 Business Week stem cell story, and has been interviewed by Healthcare Elsewhere on her MS treatment.
You find Jennifer on Facebook. 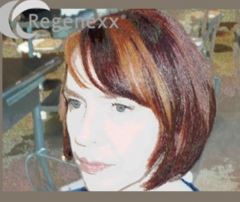 Claire Hooper is recovering from knee and back injury after cellular therapy.

Claire Hooper has been a tireless advocate for access to adult stem cell therapy, and she has shared her own treatment experience in Colorado with Dr. Centeno’s Regenexx treatment for knee and back injury which was causing a great deal of pain and disability. Claire has also been interviewed by Healthcare Elsewhere. Read more about the Regenexx clinical trials and published research here. 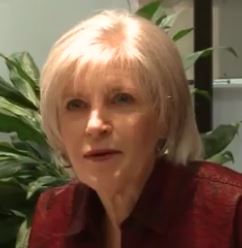 Debbie Bertrand was one of the first MS patients treated by Celltex for long standing multiple sclerosis. This is one of several TV interviews about the improvements she has experienced, like leaving behind her wheelchair once she could use a walker again. She and her husband Larry have become tireless advocates as well, like all the patients in this post. Once you get relief and recovery from a condition that conventional medicine could not help, we feel driven to tell other patients there is hope.

This is my story about the Celltex stem cell therapy which has helped me put advanced multiple sclerosis into remission since May 2014, with ongoing mobility recovery. I had the honor of discussing the goal of accelerated approval at a conference for The Alliance for the Advancement of Cellular Therapies (AACT). I have also joined them as Chair of the Patient Advisory Board. AACT is a dedicated group of leading cellular therapy physicians who are committed to bringing regenerative medicine to the patient bedside. Contact me via Facebook.

Doug Flomer decided to get treated with the Celltex therapy, after he saw the recovery his wife SammyJo had from MS. He suffered from an autoimmune disease, rheumatoid arthritis, which was causing pain, weakness and swollen joints in his hands. He saw a rheamatologist who advise fusing his finger joints. Instead he had an IV infusion in 2012 of his own stem cells and remains in pain-free remission. He also had a direct injection for a painful hip injury, which restored his ability to move again without pain.

All the patients featured in this post were treated over a year ago or longer, illustrating lasting recovery. Orthopedic conditions often respond well to a single treatment, while long standing or difficult to treat disease can require repeat dosing to achieve remission. This therapy is in the early stages and not yet covered by insurance. When weighing if you should spend your own money on cellular therapy, please exercise good due diligence. Here is a list of suggestions for doing research.

Stem Cell Pioneers is a discussion forum where patients help each other evaluate therapy options, and they host the excellent Ask The Doctor Q&A where the experts answer patient questions.

Healthcare Elsewhere features many more interviews and stories about patients seeking therapy. Use the search for “stem cells”.

Watch for our next post that will explain how you can make your voice heard by the FDA on patient access to stem cell therapy.

Bad Behavior has blocked 306 access attempts in the last 7 days.